POLITICIANS HIT OUT AT LACK OF URGENCY IN ADDRESSING DANGEROUS ROAD 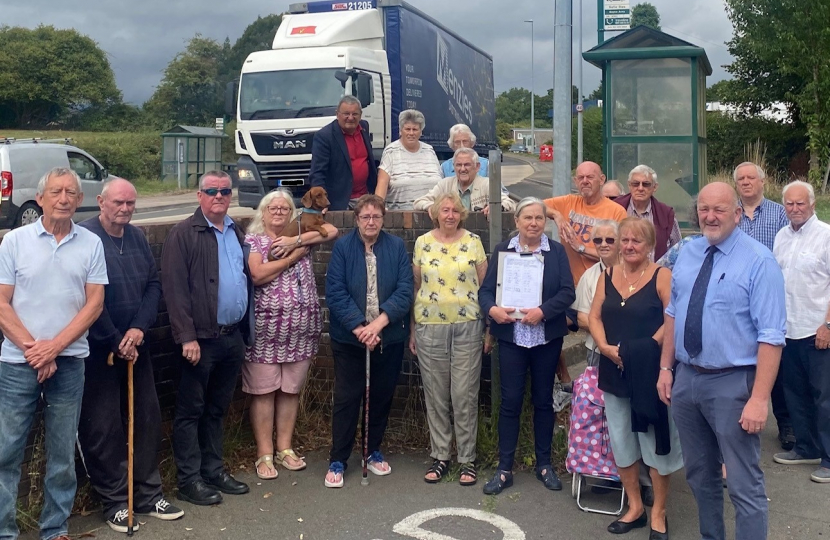 THE Welsh Government has been accused of showing a “lack of urgency” in addressing dangerous problems on a main Monmouthshire road.

Recently Peter Fox, the Member of the Senedd for Monmouth, and Cllr Jan Butler, County Councillor for Goytre Fawr, met with anxious residents, who’ve hit out at both speeding vehicles and no adequate crossing on the A4042, which passes through Penperlleni Village in Goytre.

After writing to the Welsh Government to request a pedestrian crossing and a speed reduction (to 20mph), the respond read: “…there are no plans to reduce the speed limit on this section of the A4042 at present”, adding “funding is not available for work to progress this financial year” on a crossing.

“I am deeply disappointed at the mixed messaging from the Welsh Government on these very clear serious problems.

“A cryptic message on a crossing being – potentially - installed, as well as no firm action on speed reduction, is a bitter pill to swallow.

“What we need is concise action but, once again, it seems there is a lack of urgency coming from Cardiff Bay.”

"Given someone has been killed on this road, in addition to many other near fatalities, I don’t know what more is needed for the Welsh Government to urgently act.

“What we are calling for isn’t overly complex, nor is it expensive, it’s about improving lives.

“My residents have suffered for too long and need solutions to these serious problems.”