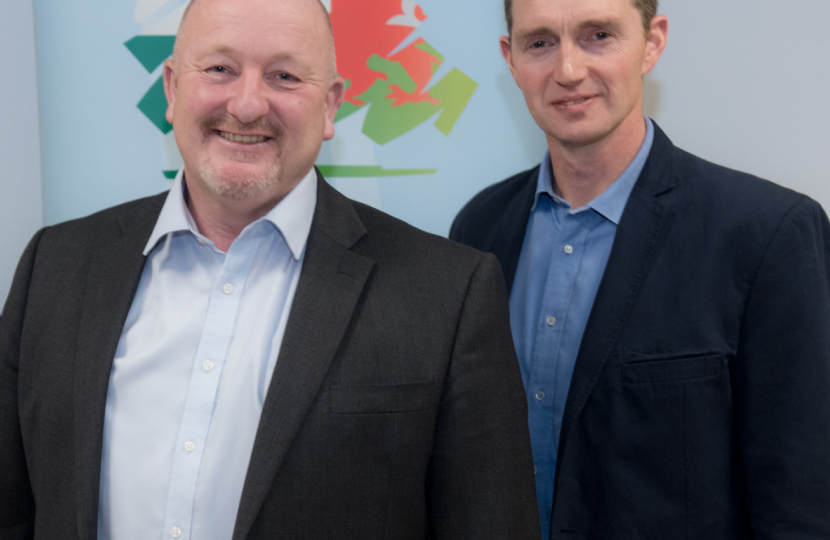 A PETITION has been launched calling on the Welsh Government to reject proposals for a council tax revaluation.

The revaluation of all 1.5 million properties in Wales is being suggested in a Welsh Government consultation.

Under the reforms – entitled ‘A Fairer Council Tax’ – new bands would be created and new tax rates for each band would be set.

Included in the phase 1 consultation, which ran until 4 October and can be viewed online, are links to reports by the Institute for Fiscal Studies (IFS) and University of Sheffield estimating the extra costs people will face in different parts of Wales.

Mr Davies said both reports suggest Monmouthshire residents will be hit by astronomical rises in the amount of council tax they pay.

“A careful reading of the consultation document and attachments shows that nearly four out of 10 homeowners in Monmouthshire will move up a band and face paying hundreds of pounds more each year in council tax, while less than one out of 10 would pay less by moving down a band,” said Mr Davies.

“Monmouthshire residents already face an unfair council tax burden because it is one of the lowest funded local authority areas in Wales. The shortfall between what is received from the Welsh Labour Government and what the council spends is made up by council tax. Because the initial funding is already low, our council taxes are far higher than they should be.

“Monmouthshire is likely to be a net loser from these proposals, potentially pushing hard-pressed families into much higher council tax bands, making it even more expensive and unaffordable for some local people to live here at a time when many are struggling with the cost of living.”

He has now launched a petition and is urging residents to sign it so action can be taken by the Senedd to “influence the policy of Welsh Government”.

“Before Welsh Labour ministers in Cardiff Bay even consider a revaluation, they should bring forward a fairer funding formula for allocating money to the 22 local authorities in Wales,” added Mr Davies.

“At present, Monmouthshire is being used as a cash cow and this is about to get a lot worse,” he added.

Shirenewton ward councillor Louise Brown, who has analysed the consultation in detail, described the proposals as “ill thought-out” and “non-evidenced”.

“Monmouthshire County Council, with few exceptions, has always been towards the bottom of the table out of the 22 local authorities in Wales for the amount of support it has received per head of population in the Revenue Support Grant from the Welsh Labour Government,” said Cllr Brown.

“It means Monmouthshire is really struggling with its budget due to the legacy of Covid and the cost of living crisis, as the council has only had a limited opportunity of accumulating money for its reserves, unlike some other local authorities in Wales who have three-figure millions in reserves due to them having years of a more generous Revenue Support Grant per head of population.

“The shortfall has to be made up of council tax, meaning Monmouthshire residents already pay a higher proportion than other councils towards council services.”

Cllr Brown said it was “totally unfair” to ask Monmouthshire residents to “pay even more” in council tax at the time of the cost of living crisis.

“Instead, I would call upon the Welsh Labour Government to look towards immediately assisting councils this year who have generally throughout the years not received their fair share of revenue support grant and provide a Fairer Revenue Support Grant support system,” she added.

Monmouth MS Peter Fox said: “The cost of living crisis is pushing families across Monmouthshire to the brink, but they are now faced with another danger – the possibility of their council tax being hiked.

“I have been clear for many years that the funding formula for local government has to be changed to allow local authorities, like in Monmouthshire, to be treated fairly.

“This needs to happen before any drastic change to council tax revaluation is considered and I would urge you to ensure Monmouthshire’s voice is heard by signing the petition.”

The petition can be signed at https://petitions.senedd.wales/petitions/245288

Petitions need to collect 250 signatures in order to be considered by the Petitions Committee. If the petition collects more than 10,000 signatures, the committee will consider referring it for a debate in the Senedd.