Support continues to build for Food Wales Bill to be introduced 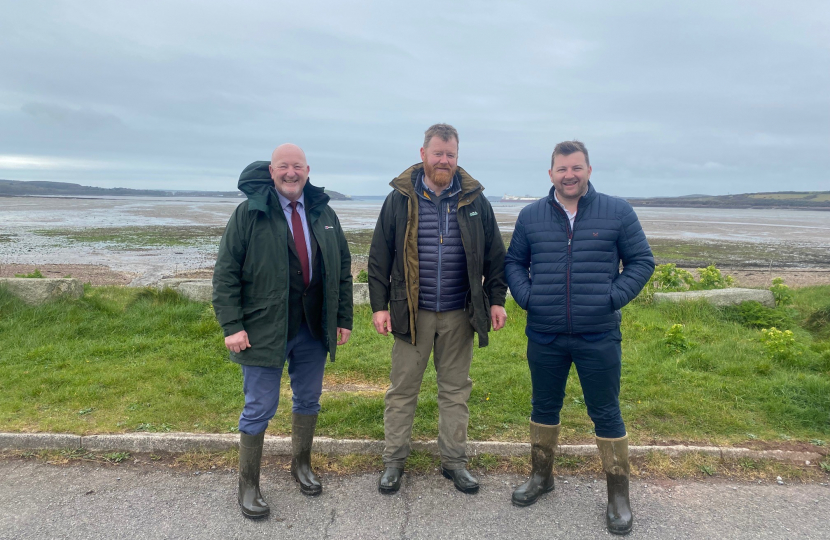 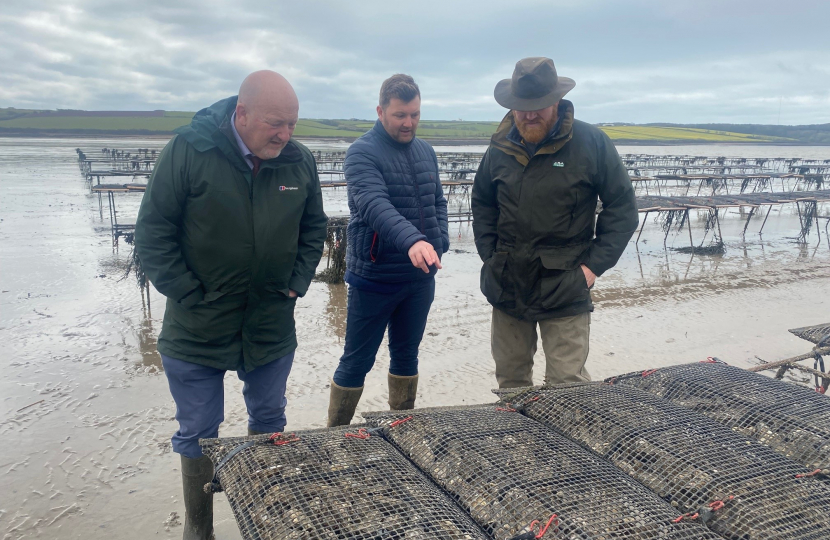 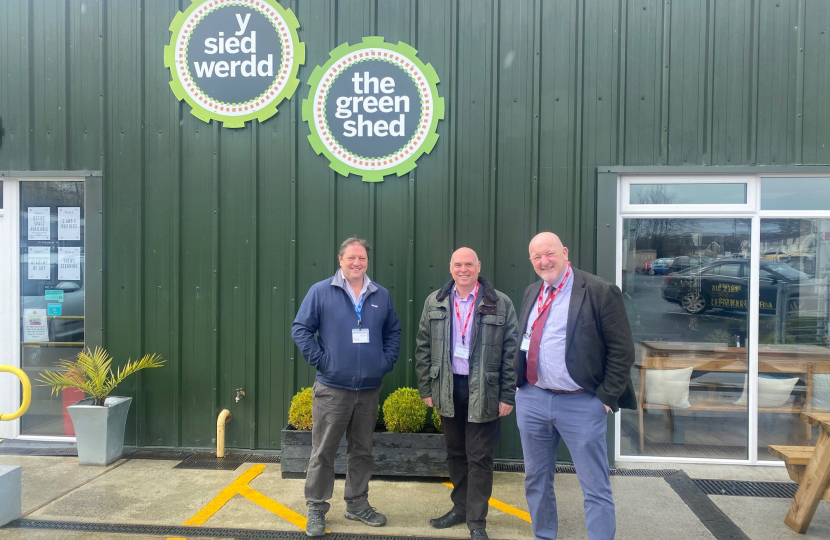 During a whistle-stop tour of West Wales, Mr Fox and Members of the Senedd (MS) Sam Kurtz and Paul Davies visited charities and businesses – including a sustainable oyster farm and local Pembrokeshire charity FRAME that runs the Community Fridge initiative in Haverfordwest – which voiced their support for the draft Bill (The Food Wales Bill).

At the heart of the Bill is implementing measures to ensure a sustainable food system in Wales to strengthen food security, improve Wales’ socioeconomic well-being, tackle food waste and enhance consumer choice.

Mr Fox, who is also the Welsh Conservative Shadow Minister for Finance, said:

“It was fantastic to hear first-hand from people we met in Pembrokeshire of the strength of support there is for my Bill; all agree the need to ensure a sustainable food system throughout Wales with local produce at the heart of it.

“As I explained during my visits, current international events have shown the importance of enhancing our levels of food security and this cannot be underestimated.

“Wales has so much to offer, as I saw in West Wales, not only from conventional agriculture but also Aquaculture where fresh oysters, for example, are being farmed near Angle. I also saw the great work happening to reduce food waste in Haverfordwest which is so important.

“My Bill will provide a vital framework for tackling some of the most pressing issues we face today, and our food security has to be a priority”

Sam Kurtz, the Member of the Senedd for Carmarthen West and South Pembrokeshire and the Shadow Minister for Rural Affairs, said:

“It was a real pleasure to have Peter Fox MS in Carmarthen West & South Pembrokeshire to see first-hand the opportunities that exist for sustainable food production.

“West Wales has so much agricultural, aquacultural and fisheries potential, we just need a clear framework – one that focuses on sustainability and food security – to unleash its potential.

“By backing Peter Fox’s Food Bill, the Welsh Government have the opportunity to safeguard our food production, expand our food security and minimise food waste.

“This is an opportunity that can’t be missed – that’s why I’m pleased it’s got the backing of so many West Wales producers.”

And Paul Davies, the Member of the Senedd for Preseli Pembrokeshire and the Shadow Minister for Economy, added:

“It was great to welcome Peter to Pembrokeshire – which I believe is the food capital of Wales. We had a really insightful visit to Pembrokeshire FRAME to hear about their community fridge initiative and to discuss community food projects and food waste more generally. I hope the visit was helpful to Peter in drafting the detail of the Bill and I look forward to seeing the impact of the visit reflected in the Bill when it’s published.”