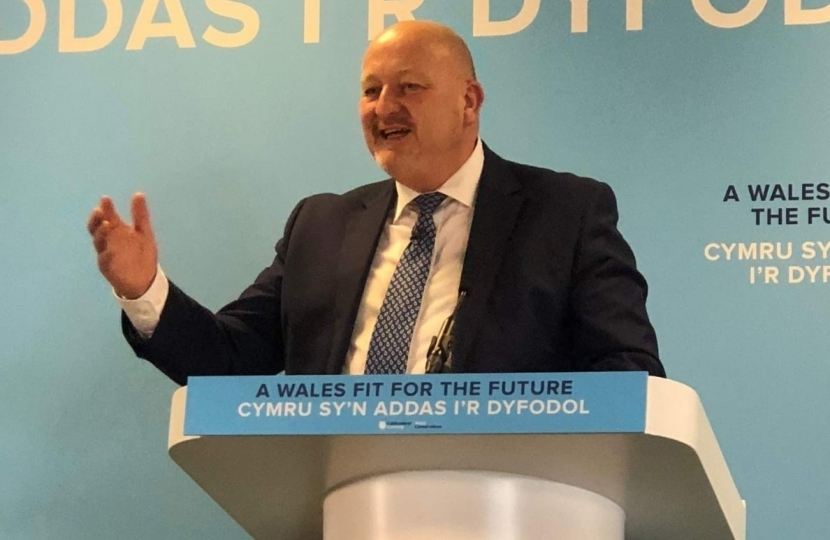 In today's (6/7/2022) Senedd debate led by the Welsh Conservatives, local Member of the Senedd for Monmouth Peter Fox spoke against proposed changes to council tax rules for self-catering accommodation businesses.

Under the new rules proposed by the Labour Welsh Government and supported by Plaid Cymru, self-catering accommodation businesses face an increased occupancy threshold of 182 days, up from the current 70 days.

Such a large increase in the threshold as proposed by the Government will subject far more self-catering businesses to council tax – something which many businesses which are still recovering from the affects of the pandemic cannot currently afford.

Whilst Peter called on the Welsh Government to scrap the changes, he also argued for exemptions to be put in place - such as for lets limited by planning permissions, as well as an appeals process.

Speaking in the debate, Peter said:

"It’s safe to say that the tourism sector – fundamental to so many of our communities, and so hard hit by the pandemic – are deeply concerned by the potential impact of these regulations.

In fact, the Wales Tourism Alliance, UK Hospitality Cymru and others have warned that as many as 30% of self-catering businesses may close or sell as a result of these changes.

Clearly, this would only harm our tourism sector, not help it. Putting jobs and livelihoods at risk.

As such, I do believe that these regulations must not be implemented, and the Government should reassess its position."