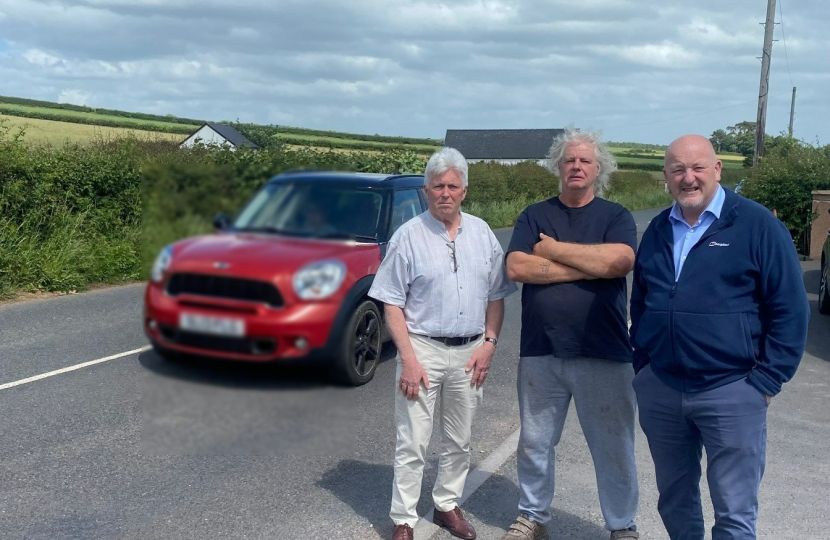 SOMEONE is going to get killed unless there is drastic action on a “dangerous” Monmouthshire road, warn politicians and locals.

Countless collisions have been recorded on a section of the B421 old Ross road alongside The Copper Kettle café, with the most recent accident – involving a motorcyclist - happening just a few weeks ago.

The root causes of the problems are speeding vehicles and the lack of a double white line which would prevent drivers overtaking vehicles that are either pulling in or out of the café.

Mike Davies, who has owned the café for six years, said:

“Every single day that passes I’m left amazed that there hasn’t been a more serious accident.

“The crashes happen because drivers are travelling too quickly and, worse still, some try overtaking vehicles that are coming in to or out of our café, but crash.

“I’ve been calling for double white lines and speed awareness cameras until I’m blue in the face. Is it going to take a horrific accident, with a loss of life, before Monmouthshire County decides to act on the road that it oversees?”

Peter Fox, the Member of the Senedd for Monmouth, said:

“When I visited Mike and my colleague, Cllr Malcolm Lane, I was horrified to learn of how dangerous this road has become.

“I fear that, from what I’ve seen and been told, it is only a matter of time until someone is killed, unless solutions are implemented.

“Mike’s demands to Monmouthshire County Council, which actually manages the road, are crucial.”

“I have been inundated with correspondence from concerned residents about this section of the road, and it’s now crystal-clear that something needs to be done.

“I join Mike and my colleague, Peter Fox, in urging Monmouthshire County Council to sit up and act, before someone is killed.”